The Elder Scrolls V: Skyrim is considered one of the most complete and most engrossing RPG experiences to date, and for good reason.

The world of Skyrim is encompassing and massive enough to give you dozens if not hundreds of hours of gameplay before things start feeling stale or boring.

While vanilla Skyrim makes for quite the adventure already though, it’s the vast number of mods available for the game that help add to the experience.

Whether it’s your first time playing Skyrim before, or your nth time, Skyrim can and still will feel fresh, thanks to the power of mods.

But, being that they’re not technically supported by Bethesda themselves, we understand if you feel hesitant about trying them out.

These, among others, are all valid concerns, and we’re here to help sort things out.

Below, we’ll discuss just how safe modding Skyrim really is, and more importantly, the many ways that you can mod Skyrim for an improvement gameplay experience.

How to Mod Skyrim Safely on the PS4 and Xbox One

Modding Skyrim used to be a PC exclusive.

However, with the release of Skyrim Special Edition in 2016, Bethesda made it possible for gamers on both Sony’s PlayStation 4 and Microsoft’s Xbox One consoles to enjoy the same experience.

To install Skyrim mods on the PS4 and the Xbox One, you’ll have to sign up for a free Bethesda account.

Simply head on over to Bethesda.net and go through the sign-up process.

Afterwards, you can boot up Skyrim Special Edition on your PS4 or Xbox One and from the main menu, you should see a “MODS” option to the right, just right below “ADD-ONS” and before “CREDITS”.

From there, you’ll be taken to a page containing all of the information regarding the mods available for Skyrim Special Edition, including the most popular and highly rated ones, among others.

Now, all you have to do is just choose the mod that you like, download it, and voila, that’s it.

Just keep in mind that, whenever mods are active in your game, any and all achievements and trophies will be disabled, so you might want to go trophy hunting first before dabbling with mods.

How to Mod Skyrim Safely on the PC

The release of the Skyrim Special Edition on the PC was not as well-received as it was on consoles.

All that the Skyrim Special Edition did for the PC release was marginally improve the graphics and raise the price tag considerably.

Or, at least, that’s what most people thought.

Apparently though, a higher price tag and slightly improved graphics were not the only improvements that come with the Skyrim Special Edition release for the PC.

The addition of 64-bit support was a low-key significant improvement that helped unlock the full potential of mods for Skyrim on the PC, allowing for a more stable experience than ever before.

Unlike with the PlayStation 4 and Xbox One versions of Skyrim Special Edition, installing mods for the PC version of the game remains quite cumbersome for the uninitiated.

To install Skyrim mods on the PC, you’ll either have to go to the Steam Workshop, browse through the multiple mods available there, and follow the instructions to add the mod that you chose to your game, or you can also download Vortex, a software that replaces the former Nexus Mod Manager as a way to organize and install mods for your game.

Of the two, we recommend using Vortex.

Not only is it easier to navigate and use, the software also supports other games like Fallout 4 and The Witcher 3, among others.

Also, when installing mods for Skyrim on the PC, it might be a good idea to use other utility software to make the process easier and more manageable.

This includes the Skyrim Script Extender (SKSE), which is sometimes even necessary for other more complicated and heavier mods to work, as well as the Loot Order Optimization Tool (LOOT) to automate and customize your load order, as well as to make it easier to detect problem mods.

Should You Install Skyrim Mods?

This is a simple question that requires a no-brainer answer.

Although Skyrim in and on itself is an excellent game that will definitely go down as one of the best to ever be released, the Skyrim experience just wouldn’t be the same without mods.

Beyond completing the game’s main questline, as well as numerous side quests, the installation of mods allows players to find a playstyle that suits their needs and wants, as well as craft their very own adventure and play the game in an entirely different way from what it was initially intended to be played as.

Just keep in mind that, much like any other file or software that you download and install, there is always that small risk of it not being safe.

This is especially true for those playing and installing Skyrim mods on the PC.

This is why we recommend downloading Skyrim mods only from legitimate sources, such as the Steam Workshop or by using Vortex.

Outside of having moderators that police and take down potentially malicious files and software, these communities also allow for user feedback, making it easier for anyone interested in installing a particular mod to see what current and previous users have to say about the stability about the mod and if it is safe and working.

And there you have it.

Modding Skyrim is pretty much par for the norm these days, everybody does it.

But, of course, if it’s your first time playing Skyrim, we do recommend playing it exactly the way that Bethesda wanted you to.

If nothing else, playing vanilla Skyrim should help give you a better appreciation of the lengths that the modding community is willing to go to just to provide hours and hours of additional fun for fellow players, essentially, for free. 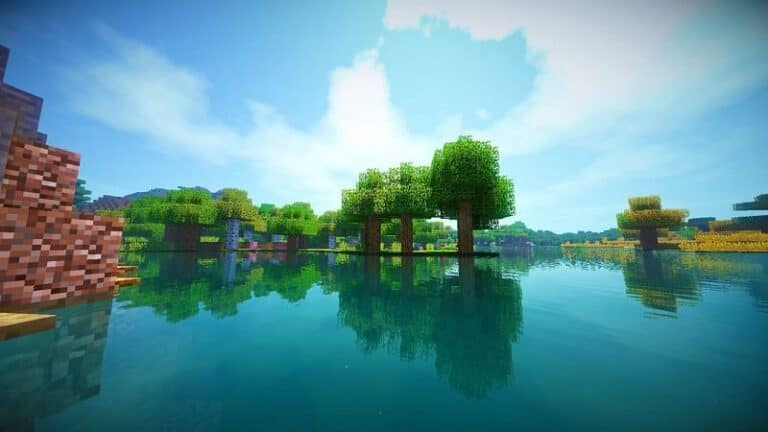 Contents Vanilla Plus Shader BSL Shaders Oceano Shaders Continuum 2.0 Continuum 2.1 Kuda Shaders Chocapic13 SEUS Sildurs Shaders How to Install Minecraft Shaders  Minecraft may be an old game with pixelated graphics, but thanks to the unlimited potential Minecraft has in modding, the community has given us Shaders, graphic…