Mobile Legends: Bang Bang, a multiplayer online battle arena (MOBA) is one of the first who pioneered the genre in mobile games back in 2016.

Since then, it has become a global success with 100 million plus downloads and counting. With such a huge number of players worldwide, it’s no surprise that the game has since released 80 heroes as of the time of writing this list. Countless updates have been made and many things have changed since then.

The list of the best heroes may be subjective to each player. Some heroes may be weak for some but to the right player, it becomes something else. That said, there are heroes that are just brimming with raw power and potential that Moonton can’t help but to repeatedly nerf.

So, we’re here to help you with our list of the top 10 best heroes in Mobile Legends. Read on to find out which ones are the best overall!

Zilong is one of the few heroes that are freely given to new players by logging in for seven days. He is one of the best heroes in Mobile Legends for beginners.

His first skill is called Spear Flip in which he lifts an enemy over his back. He is a hero that is often used for pushing due to his high attack power and agility. You will see a lot of players use this hero at low ranks because everyone can unlock him early on for free.

His ultimate attack is when he supercharges himself increasing his movement speed by 30% and attack speed by 45% for 6 seconds. With newbie-friendly, decent attack damage and hp, he is a headache to deal with when left alone. Natalia is the master of stalking (literally). She is every bit an embodiment of the word assassin with the way she moves and attacks.

Her controls are a bit hard to master for most players. But once you get the hang of it, she can easily dominate the game. That is because she can be invisible for 70% of the game thanks to her passive that allows her to be invisible just by being in a bush.

Once she reveals herself, she strikes her opponents with multiple slashes and casts a smoke bomb that slows down enemy movement and makes her immune to all basic attack. In the right hands, her presence alone can make her opponents constantly be on guard. Aldous is a Fighter type hero that is mainly used for pushing. He shines the most if he and his teammates make it a long game.

His first skill should be stacked repeatedly so that it will benefit him later. He can strengthen his first skill by getting the last hit on the minions. Combine this with his ultimate in which he locks and charges into an opponent and he will be unstoppable.

Like mentioned, Aldous is a great choice only if the team cooperates. He is a great team player and a pusher but only with the right team composition. Lancelot was once the king of Mobile Legends. Almost all players say that he is one of the best heroes in Mobile Legends for solo ranking.

There’s a good reason for that. His attack power combined with his fast reflexes makes him the perfect assassin. He can come and go as he likes, slashing down multiple enemies on the way. The dude can literally dash infinitely if he hits something. The only downside is that he could be difficult to master especially for newbies.

But even then, he has been nerfed many times. Today, he is not used as much in ranked games but he is still a playable hero for sure. At the right hands, Kagura is a beast! For the inexperienced, she is just another mage.

The true skill of Kagura can be unlocked once a player knows how to position and use her umbrella wisely. Her umbrella can slow down and knock back enemies making her the ideal support. But that can only be achieved when one has mastered her.

She was mostly banned from high-ranking games back in the day due to her unfair mechanics. But with the release of more and more heroes, she can be countered now with the right tactics. Gusion takes a lot of time to master. He can be invincible if played correctly and to his full potential.

What makes him so intimidating is the fact that he can appear and disappear out of your sight in mere seconds. His first skill, the Sword Spike, marks the target. Click it again and he will appear at the marked enemy allowing him to use his other skills.

There is an infinite number of combos you can do with him but his potential lies in his agility. He can easily switch lanes and help heroes when in need and he can go back just as easily. Mobility on a mage equals overpowered! Harith is like that, but with more skills.

Harith is a mage that can deal so much damage on team fights if his skills are aimed properly. He can also dash in and out of situations making him seem like more of an assassin rather than a mage.

Overall, he requires lots of practice to master but he can be an integral component in a team fight if he is left unchecked. When it comes to tank, Johnson is one of the most banned heroes in the game.

Johnson’s massive health and agility are just insane. Most of all, he is a fun hero to play with friends as he can turn into a car and basically cruise indefinitely if he does not hit anything. But that’s not all, his true skill is when he turns into a car, a teammate can join him. This tactic can easily overwhelm enemy heroes that are alone. 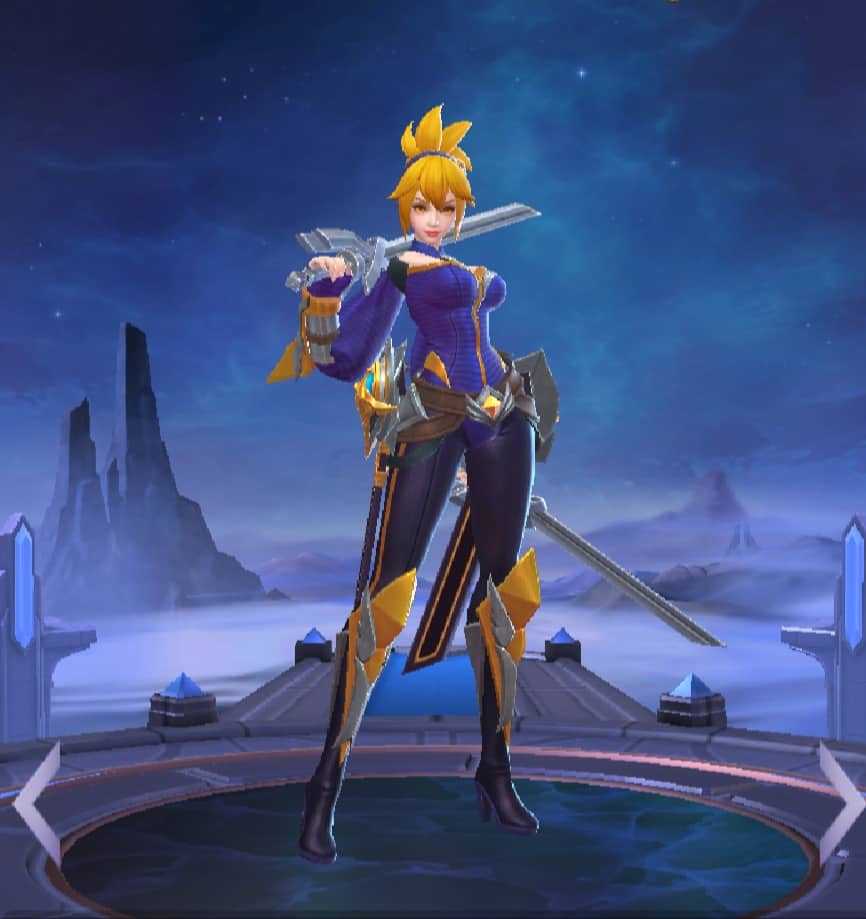 Fanny is probably the most difficult hero to play. Most players would even argue that she is the best hero in Mobile Legends.

Her attack on titan-like controls is insanely difficult to master especially for newbies. Those who master her are either pros or those who spent months practicing only Fanny.

But once you get the hang of her cables, she is the most mobile one of the greatest damage dealers. She can be on the other side of the map in seconds!

This is of course only true if she is buffed (killing jungle monsters constantly). Also, dominating enemy heroes early on in order to steal their jungle. When she manages to do this, she becomes a nightmare to deal with for the enemies later. What makes Cyclops rank higher than Fanny is because not many players can use Fanny. Cyclops, on the other hand, is the most basic.

What makes Cyclops so overpowered is the fact that his skills are naturally overwhelming. He shines the most during the late game and can easily dominate multiple enemy players. His ultimate (Star Power Lockdown), can freeze the enemy for 2 seconds allowing him and his teammates to deal massive damage.

Spamming his first skill alone to enemies during late game deals so much damage. But that can only happen when he is well fed.

So that is our list of the top 10 best heroes in Mobile Legends. In the end, even the strongest heroes can be weak if it is not played to its full potential. On the other hand, the seemingly weak heroes such as Eudora or Miya can become a beast when played by the right person.

Ultimately, it’s just a matter of picking the best one based on your preference and style. Then practicing with the hero multiple times until you get the hang of it. That’s how you pick the right hero for you.