Skyrim has easily become one of the most talked-about games of the current generation, with the influence of the epic open-world action-adventure game still continuing to be felt until today – 7 years after it was first released back in 2012.

Whether it’s through the memes that it gave birth to, or the number of players who are still playing it today, thanks mostly to Bethesda’s decision to port the game to nearly every modern console out there and extensive support from the modding community, people still talk about Skyrim today as if it was released yesterday.

And, for good reason – there’s plenty of things to do in Skyrim.

In Skyrim, you can role play to become whoever you want.

In fact, there are mods that lets you play like the average citizen, unaffected by the main quest storyline that involves being the Dragonborn, destined to do battle against Alduin and save the world from destruction.

With that said, we’re here today to talk about mages.

Being a mage in Skyrim is fun and quite entertaining.

You can go full-on magic and specialize in one skill tree.

Or, you can also be a jack-of-all trades and learn to do everything.

You can even be a battle mage, who can inflict damage from afar using spells, or in close combat with a swing of the sword.

Skyrim’s crafting and enchanting mechanics, as well as endless supply of optional and ridiculously good loot, can help bring to life whatever fantasy it is that you have.

Even though it’s quite difficult to narrow down the list of the best items that are available in Skyrim, specifically for mages, that didn’t really stop us from trying.

Below, you’ll find the best mage armor sets that are available in Skyrim.

Once you’ve completed the main questline at the College of Winterhold, you’ll be named as the Archmage, and with it comes a pretty nifty set of perks.

This includes the customary armor set of the most powerful mage in the college, specifically, the Archmage’s Robe set.

If you’re interested in magic, this is one of the absolute best mage armor sets available in Skyrim.

The three enchantments of the Archmage’s Robes are a 15% reduction on all spells cast, +50 Magicka, and a 100% increase in Magicka regeneration, which are the highest all-around enchantments available in the game for those who prefer to play as a mage.

However, it’s also important to keep in mind that specialized robes, such as the Master Robes of Destruction, have higher individual specific enchantments (+150% Magicka Regeneration vs +100% and +22% reduction on Destruction spells cast vs +15% but all around).

In any case, as armor sets for mages in Skyrim go, it’s hard to get any better than the Archmage’s Robes.

The first and only Heavy armor in Skyrim that we’d recommend for mages, the Ahzidal’s Armor set is, by no means, a head-turner.

You could even say that it’s downright ugly.

But, what it lacks in aesthetics, it makes up for in defensive capabilities.

Make no mistake, the Ahzidal’s Armor set’s armor rating isn’t all that impressive.

Instead, where it impresses is its bonuses.

The bonuses of the Ahzidal’s Armor set includes: a chance to paralyze anyone who attacks you, the ability to walk on water (and +10 to Enchanting if the complete set is worn), a +50% increase in magicka absorbed by wards at the expense of being 25% less effective, and finally, an increase in cast range for Conjuration and Rune Spells, but at the cost of a +25% increase in mana cost.

Also, if you complete the entire set, including Ahzidal’s Ring of Arcana and Ahzidal’s Ring of Necromancy, you can cast Ignite and Freeze, with reanimated creatures exploding for 50 points of Frost damage whenever they are hit.

For defensive mages, or if you’re still starting out as a mage and prefer a little bit more protection, even at the expense of slightly lower destructive power, the Ahzidal’s Armor set might be perfect for you.

You can find all of the pieces at the Kolbjorn Barrow during the Unearthed quest.

When something is worn by the big baddie of an entire DLC and is known as the first ever Dragonborn to exist, you know that what he’s wearing is bound to be good and Miraak’s Robes set does not disappoint.

Adding a total of +25% spell absorption when you wear Miraak’s Robes along with the gloves and boots, plus an additional 40-70 Magicka from the mask, you get quite a number of bonuses.

Also, when used alongside The Atronach Stone and the Atronach Alteration perk, it is possible to have more than +100% spell absorption while wearing the complete set.

The only problem here is that you can’t really improve the set on a workbench.

Plus, the set has no boosts to Magicka regeneration, making it bad for pure magic users in Skyrim.

For battle-mages and spellswords though, the Miraak’s Robes is perfect as it offers a little bit of added protection with the added benefit of dealing more melee damage thanks to the tentacle explosion blasts bonus.

Why Play a Mage in Skyrim?

Skyrim is filled with anyone but mages.

You’d be hard-pressed to find a mage outside of the College of Winterhold, but the few you do, both enemies and NPCs alike, are widely considered as some of the most powerful if not annoying characters in the game.

That alone is reason enough to try out playing as a mage in Skyrim.

Keep in mind, it won’t be easy.

The reason why most players choose to play either was warriors, archers, or thieves, in Skyrim, is because there are inherent advantages to playing any of those.

Not to mention, they’re much easier to play right from the get go.

You can’t exactly say the same for mages.

But, if done right, playing as a mage in Skyrim can be incredibly fun and rewarding.

It doesn’t matter if you’re going to do a battle-mage build, or a pure specialist in one skill tree.

As a mage, you’ll be able to do things that other characters and players in Skyrim can only dream of thing, and, with the right gear, especially the armor sets we gave above, you’ll be literally running circles around those who oppose you in no time.

As you can see, Skyrim doesn’t really offer that many choices for armor sets to wear for mages.

However, the ones we listed are good enough that you won’t be needing anything else.

Also, keep in mind, you don’t always have to wear the complete set.

You can always mix and match to get the desired bonuses.

A good example of this is wearing Miraak (Mask) with the Archmage’s Robes, along with the Mage’s Circlet, for a total of 290 Magicka points without any additional enchantments.

So, feel free to experiment and find out what works for you.

For those who are new to Skyrim though, and want to find the best armor sets for their mage, you’ll find that there are none better than these three. 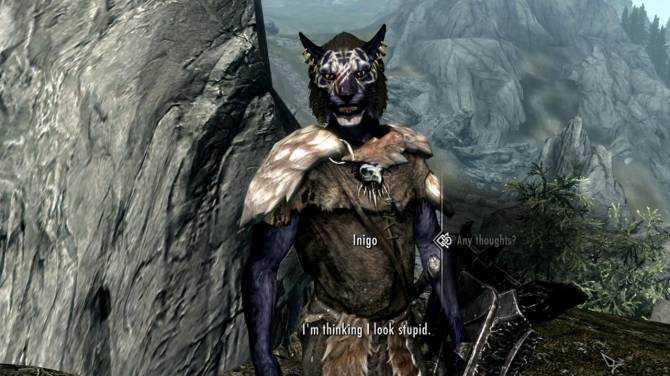