All mice have latency, whether wired or wireless. A few milliseconds’ delay or microseconds, in some cases, may have little to no impact on the response for general uses. However, this latency and response are significant for gaming, designing, editing, and other complex operations.

Contrary to popular perception, wired mice don’t always have less latency than wireless variants. Latency and response depend on many factors, including the mouse technology, such as the polling rate, and system components like the USB port.

Latency is not the only factor affecting a wired or wireless mouse’s overall response. Sensitivity (DPI), sensor performance (FPS & IPS), craftsmanship, and customizable settings like mouse acceleration are crucial features. This guide elaborates on everything about latency & response.

In theory, a wired mouse should have no latency. The practical experience is almost what the theory implies. You are unlikely to observe or feel the latency of a few milliseconds unless there is a considerable lag.

The human brain can, at best, process a span of 13 milliseconds. No contemporary wired mouse, at least among the popular brands, has that kind of latency. Any substantial delay or long input lag is likely due to factors other than a wired mouse.

Wired mice have a few inherent advantages due to the cable or cord connection:

Wired mice are not without shortcomings in the context of latency or overall response:

Theoretically, wireless mice should have more latency than wired variants. In practice, some wireless mice are indeed slower. However, the nominal latency is usually unnoticeable during regular computing tasks.

You will notice wireless mice latency if you play a game, work on graphics-intensive tasks, edit audio or video, and use any application or software with a highly interactive interface.

Wireless mice have some advantages in the absence of cables:

According to Razer, its wired mice used to have a latency of 1 millisecond (ms). Now, the company has introduced their HyperPolling Technology that reduces the latency to 0.125 ms.

Razer Viper 8 KHz, available on Amazon.com, features the HyperPolling Technology. The wired Viper is an ambidextrous gaming mouse with a 20K DPI optical sensor, eight programmable buttons, and a frequency range of 1,000 Hz to 8,000 Hz (1 kHz to 8 kHz).

Corsair has its version of hyper-polling wireless technology known as Slipstream. The Corsair Dark Core RGB Pro SE wireless mouse on Amazon.com featuring Slipstream has a latency as low as 0.867 ms.

Dark Core RGB Pro has both wired and wireless versions. The wireless mouse has an 18K DPI optical sensor and uses three technologies: Slipstream, Bluetooth, and USB or radiofrequency. The mouse has two charging variants: standard and Qi wireless.

The difference between these two latencies may not be cognizable in real-world settings or by human perception. Only a mouse input performance test can reveal this tiny lapse.

The latency of Corsair’s wired Dark Core Pro is almost identical to that of Razer Viper. According to one compiled list of click latencies, the Razer Viper is +/- 0.5 ms slower or faster than Corsair Dark Core Pro (Wired) during several tests.

Thus, the two polling technologies of Razer and Corsair are equally effective at reducing latency. There is no clear winner in the latency of their wired mice through multiple tests.

If the polling technology is similar or identical, wired mice have lower latencies than wireless mice. However, this difference is still restricted to input performance or click latency. The polling rate alone does not decide the overall response of either wired or wireless mice.

Like all hardware, the performance of any wired or wireless mouse, be it latency or overall response, depends on the craftsmanship, too. Let us consider the example of the Corsair Sabre RGB Pro Champion Series on Amazon.com.

The Sabre features what Corsair calls Quickstrike buttons. The Quickstrike craftsmanship uses metal hinges and springs to balance the keys so that the primary mouse buttons don’t have any gap with the switches made by Omron.

The zero-gap, as Corsair advertises, implies an instantaneous click, albeit within the ambit of the physical act of pressing one of the primary buttons. Other factors influencing latency and overall response are still at play.

However, if a wired or wireless mouse features a substantial gap between the primary buttons and the switches inside, you may experience more latency. This latency caused due to the physical or mechanical delay cannot be compensated through or with other enhancements.

The mouse craftsmanship and latency correlation apply to both wired and wireless mice. This attribute is also independent of other hardware and software issues regarding the response.

The polling rate of wired or wireless mice is the number of times a mouse sends a signal to the computer or system. This signal informs the computing system about the mouse’s position and any action or input initiated by the user.

The polling rate is measured per second, and the response time is in milliseconds. The rate is a frequency, such as 125 Hz, 250 Hz, 500 Hz, and upwards. The polling rate has a direct impact on latency and overall response.

Here is the impact of different polling rates on response time, hence latency:

Some companies offer a customizable polling rate feature in their wired and wireless mice, usually for gaming and other mouse-intensive operations. You may choose from 1,000 Hz up to the maximum polling rate of such a mouse, usually per preset increments.

Two mice, one wired and another wireless with an identical polling rate, will be fast. However, external influences may affect the response of a wireless mouse.

The distance between a wireless mouse and the system, any obstruction in between, the strength of the wireless signal, and possible congestion affecting the radio frequency you need to rely on are some of the typical challenges.

A good rule of thumb is that you must choose a mouse, wired or wireless, with a higher polling rate or frequency for low latency and faster response time.

If you have to choose between a wired and wireless mouse with an identical polling rate, the decision depends on whether your setup is ideal for either or both and other specs.

Other than the external interferences or influences, you must consider the power-related performance issues, including latency and response time. A wireless mouse runs on batteries. Dying batteries have a stark effect on the latency and overall performance of wireless mice.

The sensitivity of wired and wireless mice depends on the dots per inch (DPI) specification. In practice, DPI determines the speed of the mouse, such as how fast you can move the pointer and the precision of your intended position on the screen.

You must opt for a higher DPI. While the dots per inch don’t affect latency as defined using the response time, the feature will influence the input or operating lag. A wired or wireless mouse with a low DPI will take longer for you to move and position precisely.

Likewise, wired and wireless mice may feature proprietary sensors based on generic optical, LED or laser, and trackball.

For now, no mouse brand offers 100% accuracy, whether wired or wireless. Hence, gamers will miss an average of one shot out of two hundred or so.

The sensor technology doesn’t affect latency in the strictest sense or per the technical definition.

However, the sensors affect the overall response. Besides, a crucial specification within the ambit of sensors has a significant influence on action-specific response and user experience.

The optical sensor technology and craftsmanship pave the way for two significant specifications: frames per second (FPS) and inches per second (IPS).

The FPS is responsible for capturing images of the total surface area covered by the optical sensor. These images or frames are continuously processed by the system for efficient mouse performance.

The IPS is a mouse’s ability to move or cover a distance and process it in a second. The earliest wired and wireless mice could cover only a few inches a second, hence the term. Modern mice can cover several feet every second.

Both FPS and IPS affect latency and overall response. Higher FPS and IPS specs enable a mouse, wired or wireless, to have better real-time responsiveness due to scanned & processed images and faster speed with greater coverage area.

Both Razer and Logitech have phenomenal FPS and IPS specs. Neither of these two features has any adverse effect on latency or response time for either wired or wireless mice.

The wired or wireless mouse and its specifications aside, the real-world latency and response you experience will also depend on the Bluetooth receiver or USB adapter and the bus port.

You can increase this polling rate. USB 2.0 is technically capable of up to 8,000 Hz at Hi-Speed. However, the maximum polling rate may not be the real-world experience.

Both wired and wireless mice will have latency caused by the USB 2.0 port.

A computer with integrated Bluetooth may offer less latency than a wireless mouse using radiofrequency connected through a USB adapter.

On the flip side, an integrated Bluetooth receiver/adapter in a computer may influence the latency of a wireless mouse depending on its compatibility, range, and frequency.

While the median Bluetooth frequency is 2.45 GHz, two paired devices may use around 79 channels to communicate. External influence or frequency congestion may impair the response and increase the latency of a Bluetooth wireless mouse.

Wired mice are at the mercy of USB-induced latency and response. Wireless mice using USB adapters have the same problem.

Wireless mice using a computer or system’s onboard Bluetooth are subject to frequency interference and channel congestion. The compatibility or how well a Bluetooth transmitter and a receiver function play a role, too.

Premium-quality wireless mice are generally as fast and responsive as wired mice. A high-end wireless mouse offers more maneuverability without the restriction of the wire or cable. A wired mouse has no external interference other than the USB port-related influence. Contents What Are the Computer Requirements for Programming?The Best Alternatives to Gaming Laptops for ProgrammingThe MacBook ProDesktop ComputersSummary If you’re looking to get into programming, you want to get a good piece of hardware to… 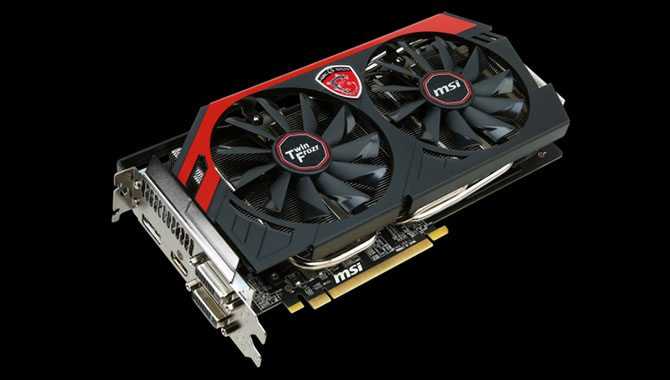