Buttons. Lots and lots of buttons.

That’s your first and most important priority when you’re looking for a gaming mouse for MMO titles, such as Elder Scrolls Online.

Even when you know that you already need many buttons, finding a gaming mouse for Elder Scrolls Online still isn’t that easy.

There are literally dozens of more factors that you need to consider, from the design to the other additional features and the price.

Lucky for you, we’re here to help.

We did the dirty work and rounded up 8 of the best gaming mouse for Elder Scrolls Online below just so you wouldn’t have to.

Best Gaming Mouse for Elder Scrolls Online at a Glance

You don’t always buy a gaming mouse just for yourself.

Sometimes, you have to share it with other people.

Or, maybe, you just like to switch out styles and profiles every once in a while, which might be necessary if you’re playing multiple characters in an MMO like Elder Scrolls Online.

Either way, if you want to switch up button configurations and grip, the PICTEK Gaming Mouse should be right up your alley.

Boasting a similar feature set to the Redragon M901 and M908, as well as the UtechSmart Venus, what separates the PICTEK Gaming Mouse are the interchangeable side plates that allow for 30 million clicks lifespan, as well as a different type of grip, making it the perfect mouse if you like to switch between characters in Elder Scrolls Online or even games. It’s always nice to see relatively small and newer companies trying to stick to the man and releasing affordable products with high-end features.

The UtechSmart Venus is an excellent example of that.

An MMO gaming mice through and through, the UtechSmart Venus takes a lot of inspiration from the Razer Naga and the Logitech G600, which isn’t half-bad because, if you’re going to “copy” someone, or something, in this case, you might as well go with the best, right?

From the ergonomic design to the thumb buttons’ placement, we won’t blame you if the UtechSmart Venus struck you as familiar.

In terms of hardware, though, the UtechSmart Venus starts to stand out.

The over 16 million LED RGB color options may be par for the course these days, but what isn’t normal is the 8-piece 2.4g weight tuning set with 5 customizable profiles and as many as 12 programmable mouse buttons.

Plus, with a built-in 16,400 DPI sensor and a 1,000 Hz polling rate, among others, the UtechSmart Venus has more than what it takes to hang out with the big boys of MMO gaming mice.

A novel attempt to try and make an MMO gaming mice that doesn’t look like a Razer Naga or Logitech G600 clone and more like a typical gaming mouse, the Logitech G602 is both a success and a failure, which is quite peculiar but hear us out first.

Design-wise, the Logitech G602 is ergonomic.

You’re still going to be gripping it like other MMO gaming mice, but it doesn’t feel too bulky either. All of the buttons are reachable from a comfortable position, and there’s never really a sign of you trying to reach too much for something.

As for features, the Logitech G602 isn’t lacking too.

The haptic feedback is definitely not something you’d find in other MMO gaming mice. The ability to customize the vibration pattern and delay are huge pluses.

All in all, the Logitech G602 is up to the task, with 11 programmable buttons and a best-in-class optical sensor. Plus, it can be used for up to 250 hours!

While we won’t be recommending the Logitech G602 over the PICTEK nor the UtechSmart anytime soon, it’s a friendly alternative for those who want to pick something different for a change.

As far as MMO gaming mice go, only a few boast the same linage and history as the Razer Naga.

Introduced way back in 2009, the Razer Naga has since gone through as many as 9 updates and redesigns.

Among those many variants, the latest and most recent version, the Naga Trinity, stands out the best.

Carrying over its predecessors’ best traits, the Naga Trinity can come with as many as 12 mechanical buttons and is equipped with 5G optical laser sensors.

The 16,000 DPI sensor is simply insane, and the amount of customization that you can get, thanks to the Razer Chroma RGB lighting, is just absurd.

What really sets the Naga Trinity apart is how you can swap the side plates so you can have 2, 7, or 12 mechanical buttons, depending on your mood and preferences.

If you’re looking for the absolute best gaming mice for Elder Scrolls Online today, feel free to look no further than the Naga Trinity.

If the Naga line of mice from Razer is the absolute crème of the MMO mice market crop, then the Logitech G600 is the next best thing.

Logitech’s driver software is also considered less demanding than Razer’s, so there’s that too.

Just plug the G600 in, and the auto-detection system will scan your hard drive for any and all compatible games, so you don’t have to manually remap the mouse yourself.

Although you might still want to do some manual mapping, the feature does make switching between MMOs and other games easier, especially if you play other MMOs outside of Elder Scrolls Online.

Never one to shy away from throwing in a bang-for-the-buck offering, Redragon comes in once again with the M901.

As expected from a gaming mouse for MMO titles such as Elder Scrolls Online, you’ll see some of the usual features here, including as many as 18 programmable buttons, 5 customizable profiles, and just like the UtechSmart Venus, an 8-piece 2.4g weight tuning set.

Those kinds of features are usually something that you would expect from name-brand gaming mice manufacturers. Then again, they are welcome additions for gaming mice that come in a surprisingly affordable package.

If you find the Razer Naga or the Logitech G600 too small and the UtechSmartVenus too big for your hands, you might want to give the Redragon M908 ago.

The M908 presents itself as a nice compromise between some of the more common choices among MMO gaming mice on the market.

Or, at least, when it comes to size.

Because, when it comes to features, nothing about the M908 screams compromise.

Designed to reach up to 12400 DPI and with support for 5 different DPI levels that you can adjust on the fly or via its software for more minute corrections, the M908 also comes with the high-precision Pixart PMW3327 Sensor, as well as the more common crop of features among MMO gaming mice such as 18 programmable buttons, as well as an 8-piece weight tuning set.

If you found the M901 a bit too big for your hands, the M908 is definitely well worth considering.

One of the more recent entries to the MMO gaming mice space from a reputed brand, the Scimitar Pro RGB, is Corsair’s attempt to take some market shares away from Razer and Logitech.

Backed by a known company, the Scimitar Pro RGB expectations were high when it was first released a couple of years ago. And just like many of CORSAIR’s other commendable gaming peripherals, it did not disappoint.

Featuring an ergonomic design that makes it comfortable even after many hours of use, the Scimitar Pro RGB also comes with a 12-button key slider, as well as on-board hardware profiles, and finally, is supported by Corsair’s very own utility software.

The Scimitar Pro RGB’s main selling point, though, is its accurate tracking.

Even when you crank the DPI settings all the way up to 16,000 DPI, which the mouse supports, the mouse certainly isn’t going to be blamed for any mistakes you made while playing at such a high DPI.

Outright, any one of the Razer Naga mice should suit you just fine while playing Elder Scrolls Online, but what is life if you couldn’t make a choice, right?

While the latest iteration of the Razer Naga is also featured on our list, we made sure to include other alternatives that are just as worthy of your hard-earned time and money.

We dare say some of our recommendations might even be better!

So, what are you waiting for?

Just as that little elf in Craglorn loves to say, “between my optimism and your proclivity for violence, there’s no way we can lose!” 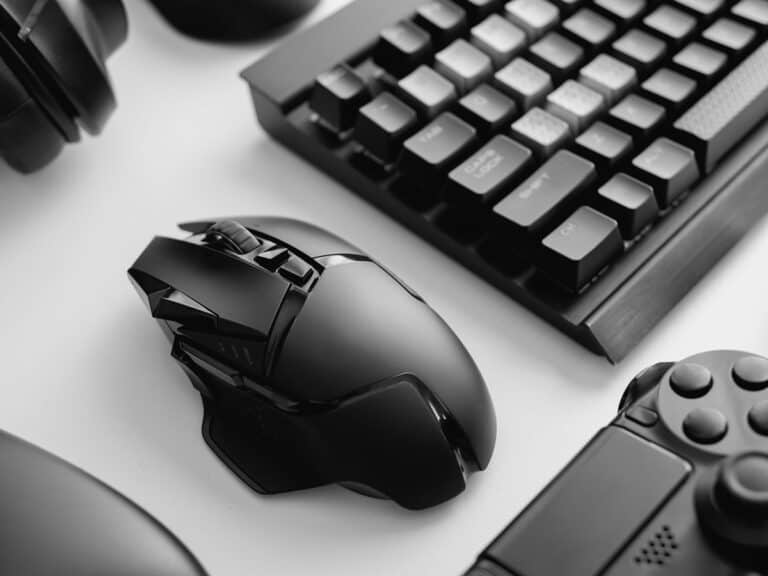 Contents Reasons Why RGB Fans Last for So LongFactors that Affect LongevityHow To Improve Longevity of RGB FansBest Long-Lasting RGB Fans on the MarketConclusion With the advancement of technology, new materials are being used to…