These days, when the average internet user does more than just surf the web, your Wi-Fi router needs to be able to do more.

To help you make the right choice and keep your network running optimized like a well-oiled machine, below are some of the best routers available today for streaming TV.

Best Routers for Streaming at a Glance

It’s the best router on the list, considering its powerful features: it can connect up to 30 devices and implement intelligent parental controls.

A cool, stealthy design, respectable range, and excellent speeds on the 5GHz band, as well as NAS capability, are just some of the things that are worth liking about the NETGEAR Nighthawk R6900P.

However, as important as staying anonymous is, that’s not what the NETGEAR Nighthawk R6900P can offer.

Then again, on the flip side, there’s reasonably little worth mentioning regarding the NETGEAR Nighthawk R6900’s cons.

With so many things going for the NETGEAR Nighthawk R6900P and so very few reasons as to why you shouldn’t even be using it, this router is a no-brainer of a pick-up, regardless of whether you’re the average TV streaming family or you’re composed of a mix of power users, hardcore gamers, and casual browsers.

The Nighthawk R6700 is another best router from the NETGEAR in its class.

It’s more or less that above-average kid who occasionally stands out but is generally just happy to get by.

And, well, there’s nothing wrong with that.

For streaming TV and other users commonly associated with the average user, the NETGEAR Nighthawk R6700 is an overall complete package, boasting above-average speeds and a more-than-decent range, making it perfect for the budget-conscious and value-seeker alike.

Easy-to-use and feature-filled, the NETGEAR Nighthawk R6700 is a damn good choice for a daily driver.

Not all users need a router that has all the bells and whistles, or so to speak.

Sometimes, it’s enough that a router is at least better than the stock router that their internet service provider gives the average user.

A long-time fan favorite, the latest iteration of the TP-Link A7 AC1750 is just that, and probably a little bit more.

Priced to perfection, the TP-Link A7 AC1750 is easy to set up and even easier to manage, all the while boasting plenty of connectivity options, including a USB-A 2.0 port on the back.

Although power users definitely would need something better than what this router can offer, for pretty much everyone else, this is as reliable as any best router can reasonably get.

If you want consistent WiFi coverage throughout your house, whether it be in your bathroom, or your garage, or when you’re outside relaxing on your front porch, the Google WiFi mesh router system is a catch-all solution for the typical average user’s range problem, especially in larger homes with a limited number of people streaming.

Even though you won’t get as much access to stuff like parental controls and device usage tracking, and guest networks, with the Google WiFi, the sheer amount of coverage that you can get more than makes up for any of its lapses.

Once you go into the enthusiast range of the router market, you start to get bombarded with all of these buzzwords and features that, quite frankly, you probably won’t be able to make use of, either because you don’t know how or the routers just aren’t user-friendly enough.

The Linksys WRT1900ACS presents itself as the best router for those looking into a feature-packed router that can be tweaked and experimented on with relative ease.

Out of the box, the Linksys WRT1900ACS isn’t too shabby either.

It’s among the best router in its class in terms of Wi-Fi range, signal, speed, and stability, all of which are crucial for a pleasurable and comfortable home TV streaming experience.

But that’s not all.

It’s also great for power users, thanks to the router’s excellent network storage performance, and will generally help you squeeze the most out of your already-fast broadband connection.

If you’re deep into the router-modding rabbit hole, the WRT3200ACM is an excellent choice.

With its near-top-of-the-class 5GHz performance and incredibly robust feature set that includes well-polished software, it’s definitely the best router in its category.

Paired with an old school design that, truth be told, actually helps it stand out in a sleek-obsessed market, it’s hard NOT to recommend what the Linksys WRT3200ACM is offering.

If you’re looking to jump into the WiFi 6 bandwagon but don’t want to splurge and keep costs relatively modest, the NETGEAR Nighthawk RAX40 is for you.

Featuring a wide variety of features, including but not limited to Amazon Alexa and Google Assistant integration, wall-mount support, automatic firmware updates, as well as ReadySHARE, the NETGEAR Nighthawk RAX40 is excellent for those who are looking to upgrade their older aftermarket routers.

When you consider that it supports the newest WiFi standard and has a nifty set of modern features, the NETGEAR Nighthawk RAX40 is a worthwhile upgrade, regardless of whether you actually need it or not.

While the ASUS AC1300 isn’t going to win any design awards anytime soon, nor is its feature set something to write home about, it’s all not half-bad either.

Considering that the ASUS AC1300 is supposed to be an entry-level router, it comes with a nifty seat of features, modern-ish aesthetics, and just as good of wireless performance 2.4Ghz and 5Ghz radio bands that you can expect in its class.

Sometimes, simple is better, and for those looking for a no-frills router for typical home use, the ASUS AC1300 is an excellent choice for your next best router.

Do you need to provide stable and consistent WiFi coverage for as many as 20 (or more) internet-heavy wireless devices in a reasonably large area without having to use something huge and conspicuous?

If so, then look no more.

The small but capable Linksys EA8300 is perfect for tiny homes, apartments, and businesses that need a whole lot of router power for preferably a little less.

Albeit, the tolerable range and file transfer speeds might be a bit of a bummer.

The Razer Sila, a high-performance WiFi router, as with any other gaming peripheral or component created by the California-based gaming hardware company, was built specifically for high-end and demanding users in mind.

Sleek if unassuming, the Razer Sila packs a ton of features into its black chassis.

More importantly, it has mesh support, so you can set up multiple Razer Sila routers to work together to create a Wi-Fi network that can cover as much area as 6,000 square feet.

Other essential features include the FasTrack QoS engine, as well as the Multi-Channel ZeroWait DFS.

If you live in a house filled with hardcore users who want nothing but blazing-fast speeds at all times and in every nook and corner of the house so they can stream and binge their favorite shows in 4K with zero interruption, investing in a Razer Sila mesh network might be well worth it.

Out of the many things that are constantly changed and upgraded in your household, your router most likely isn’t one of them.

The average user very rarely, if at all, switches routers during its lifetime.

In fact, most would prefer NOT to switch at all if possible.

This is why you must put in the necessary amount of time to research which routers are worth buying.

If your family spends a lot of time streaming TV, among many other things, any of the devices that we rounded up above is worthy of your buck.

Our list should help make that a lot easier for you to find the best router for streaming, and it should give you more information on which routers are worth taking a close look at. 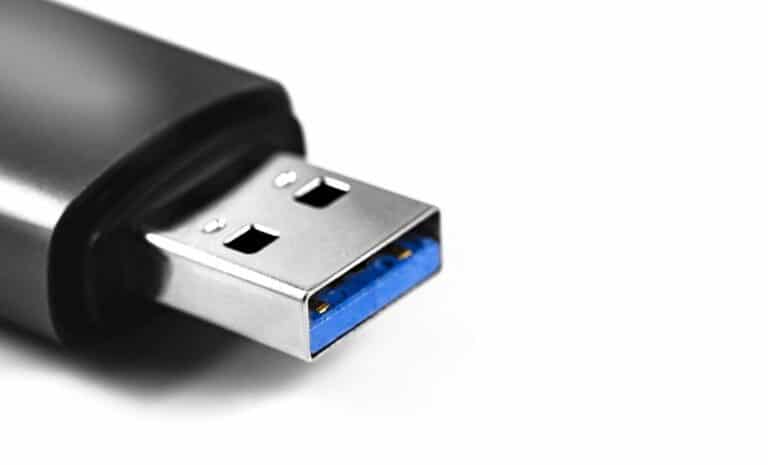 Contents 1. Make Sure the Fan Has Enough Power2. Find Out if Your RGB Fan Requires a Separate Controller3. Check That Your Motherboard or GPU Support the Fan4. Update or Reinstall the Fan’s Drivers5. Adjust…

Contents 1. Plug the Keyboard Into an Alternative USB Port2. Uninstall and Reinstall the Razer Synapse3. Reinstall or Update the Drivers for Razer Synapse4. Turn the Chroma Apps Off and On5. Turn On the Lights…