Dota 2 is a free-to-play multiplayer online battle arena which has millions of players worldwide.

This is one of the few competitive games in the world wherein the gameplay can never be altered with in-app purchases as opposed to other games, particularly MMORPGs.

This means that this game is literally 100% fair to all, but how does Valve make money out of these millions of players if the gameplay doesn’t involve even a bit of pay-to-win transactions? It is estimated that Dota 2 earns a revenue of roughly $18 million from players, so how?

The answer is through aesthetics and virtual cosmetics.

Players can alter the designs of their display, and they can even alter some of their UI’s visual appearance.

However, Dota 2 does not feature visual graphics designs only but they also feature audio output customizations like background music, and the more famous – voice announcers.

An announcer in Dota 2 is sort of your guide while playing.

Its purpose is to give you information about what’s going on while you are playing, including vital information with which your current display view can’t provide. It gives you information such as your tower status, barracks status, if you are under attack, whenever you faint, and a lot more!

The default announcer is good as is, but you can of course purchase customized ones which we will be tackling now! So, are you wondering what are the best Dota 2 announcers ever created? Well, here they are! Stanley Parable is a simulation game created by Davey Wreden. This game features a voice announcer comparable to a voice of a storyteller.

Dota 2 never let good stuffs slip, so they’ve decided to import and this announcer creating one of the best announcers Dota 2 ever had! If you prefer a badass woman with strong personality, then you should never miss out Lina.

She’s one tough hero in Dota 2, but her voice is just as tough as her skills, making her voice announcing skills very hard to ignore among Dota 2 players. 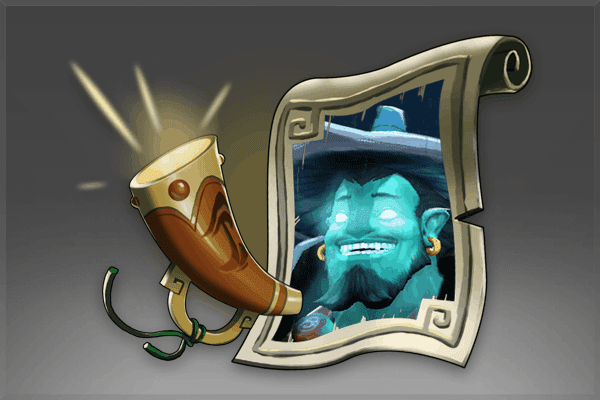 If you prefer something that of a gentleman’s voice, then you might want to consider Storm Spirit’s Dota 2 Announcer.

This lovely gentleman is known for his charisma which could struck a woman’s heart like a lightning bolt.

If you are this kind of guy, or if you are a woman who prefer this kind of personality, then hearing Storm Spirit’s voice over and over again might just improve your overall gameplay! Crystal Maiden is Lina’s sister, and unlike her sister, this woman with a very charming voice is actually an expert of trash talking her opponents in a very cute and charming way.

It is literally impossible for someone using this hero not to laugh the first time they use her because she ridicules enemies a lot whenever she killed them. Likewise, her voice announcer version is just as cool as her gameplay voice. And take note, she will not only ridicule your enemies but also you if you slack off!

Crystal maiden is also a good pick in our best beginner heroes for Dota 2. If you prefer something suspense, then you might want to try out the Darkest Dungeon Dota 2 announcer voiced by Wayne June. Wayne June is behind the Dark Souls narrative, and you would instantly love his strong voice mixed with a lot of suspense to capture your attention. Do you prefer a dimwit funny voice? Something that will make you laugh over and over again? Then you might want to try Axe’s voice announcer in Dota 2.

Axe is one of the strongest hero, and also one of the easiest to use. But despite his strength and power wielding that huge Axe, Axe actually has a very funny voice that you can easily compare to a dimwit.

Don’t misunderstood though as Axe is a genius since he’s a war veteran, and calling his voice like that of a dimwit is not an insult at all but a compliment because you have no idea how funny his lines are – especially the ones on his announcer pack.

Axe is a popular pick by teams make sure to read the: top 10 best Dota 2 teams. Another announcer leaning towards cuteness is Meepo’s Dota 2 announcer. Meepo is one of the most difficult hero to use in Dota 2, and a very few can actually use it. With that, Meepo’s voice is usually isolated because not many uses it.

The good news is that, Meepo has a voice announcer and is cool and at the same time cute to hear. Try it out next time, and this could just become your favorite! Kunkka and Tidehunter are one of the greatest rivalries in Dota 2 apart from the sibling rivalry of Lina and Crystal Maiden.

Though they are not siblings, these two are mortal enemies as a sea ship captain (Kunkka) against the most vicious sea monster (Tidehunter) ever lived. These two spells war whenever they cross path, but they actually joint together for the first time in this announcer pack.

The results of their combination are simply fantastic, you might want to consider this if you prefer something strong and badass.

If you prefer something fun and at the same time a bit childish, then this might be the announcer pack for you. Surprisingly despite its theme, this announcer pack has been use by a lot of players even by professionals. Is it the voice? Is it the theme? Or is it simply just fun at all? You might want to find out! Definitely the best for those who prefers more immersion to the game. This audio announcer has a voice of an AI which makes your experience more realistic.

It would look like you have your own AI backup to give you information about what’s going on while you are playing. If you prefer a female robotic AI voice, then this would definitely be the best one for you.

Take note that these are not all of the Dota 2 announcers available, and you can find all of them in the main game menu.

Each of them have their own samples so choose whichever you prefer. This list is based on reviews by many players, so this will give you an idea of what are the best and the most used Dota 2 announcers in-game in case you are looking for the best announcers based on your tastes.